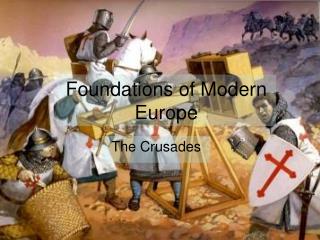 Foundations of Modern Europe. The Crusades. The Middle ages (500-1460). The Middle Ages spans the end of the Roman Empire to the beginning of the Age of Discoveries It is divided into 3 stages from Early, High and Late Medieval periods

EUROPE - . in the early modern era . . illustrating some of the key acorn points . starting with the

The Great War: The World in Upheaval - . europe in 1914. described by barbara tuchman as the “proud tower”, with weak