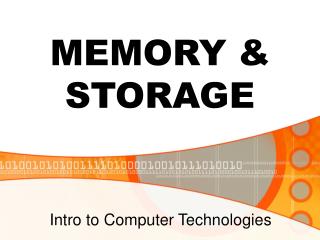 Secondary Storage - . what is a cylinder? a track? what is secondary storage? what is flash memory? see unit b in your

Chapter 5 Memory Hierarchy Design - . introduction. the necessity of memory-hierarchy in a computer system design is

Inside the Box - The vital pieces operating systems printers new canaan library winter 2002 what we will look at: cpu or