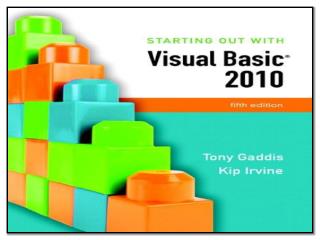 Chapter 1. Introduction to Programming and Visual Basic. Section 1.2. Programs and Programming Languages. A program is a set of instructions a computer follows in order to perform a task. A programming language is a special language used to write computer programs. What is a Program?.