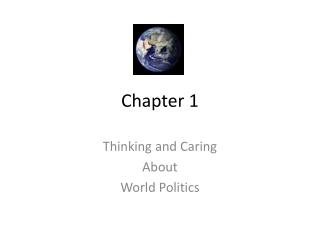 Chapter 1. Thinking and Caring About World Politics. Who is a Part of International Relations?. Independent, sovereign states (same as the term “country” for purposes of this class) Nearly 200 states in the international system today