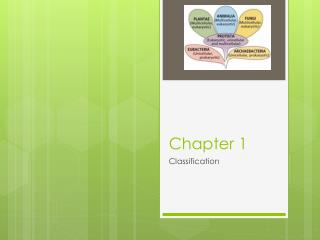 Chapter 1. Classification. One cell or more?. The six Kingdoms are classified according to how many cells the organisms have. All plants and animals are multi cell organisms. The numbers. About 10,000 new organisms are discovered each year. 85% of all animals are insects and spiders.