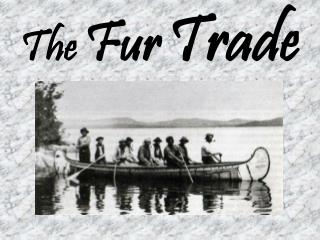 The Fur Trade. Introduction. One of the earliest and most important industries in North America. Began in 1500’s as a way of exchanging furs, and goods, between the Indians and the Europeans.