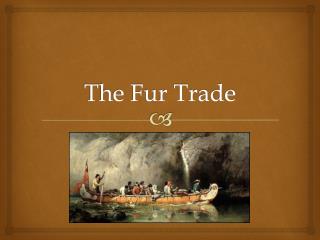 The Fur Trade. Essential Question. How did the Fur Trade, European settlement, and the rise of the Metis Nation transform the life for the peoples of the Northwest?. SIDENOTE: . North America 16 beaver pelts = 1 musket Britain 1 beaver pelt = 16 muskets. Two Fur Trade Giants.