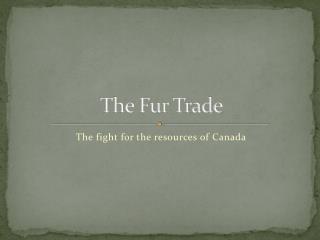 The Fur Trade. The fight for the resources of Canada. Quick review. Europe wants wealth and power = mercantilism , imperialism Search for NW Passage to Asia John Cabot claims Nfld for England, and discovers wealth in fish in the grand banks