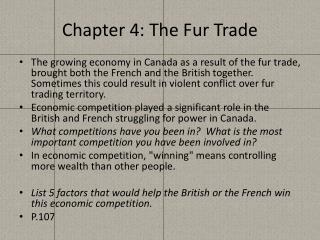 Chapter 4: The Fur Trade. The growing economy in Canada as a result of the fur trade, brought both the French and the British together . Sometimes this could result in violent conflict over fur trading territory.