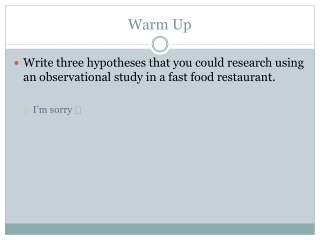 Warm Up. Write three hypotheses that you could research using an observational study in a fast food restaurant. I’m sorry . Prework for study. write the following for each hypothesis: