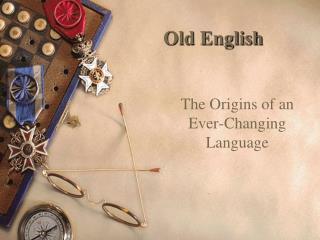 Old English. The Origins of an Ever-Changing Language. A Manuscript Page From Beowulf. Anglo-Saxon England. Modern English = Clash of words and cultures + Changes over time + Adoption of New Words . So, what exactly happened?. In the beginning…