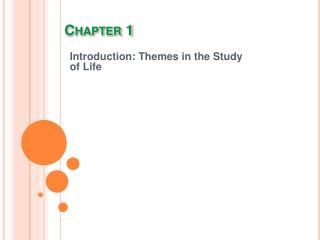 Chapter 1. Introduction: Themes in the Study of Life. Overview: Inquiring About the World of Life. Evolution is the process of change that has transformed life on Earth Biology is the scientific study of life Life defies a simple, one-sentence definition