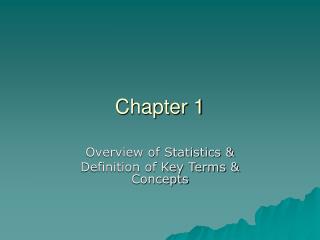 Chapter 1. Overview of Statistics & Definition of Key Terms & Concepts. Definition. Statistics=set of tools and techniques used to describe, organize, and interpret information Provides a vehicle to understand the world around us