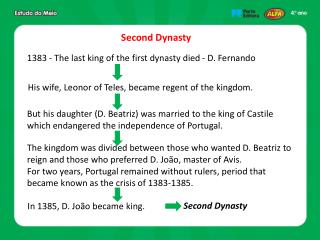 The Han Dynasty - . in this lesson, students will be able identify significant characteristics of the han dynasty.

Zhou Dynasty - . by: tynajion hayes and tayler jackson. history. the zhou dynasty, which followed the shang dynasty and

The Han Dynasty - . by. deandre athias and christian thompson. origins . the han dynasty was from 206 bc till 220 ad and

A NEW DYNASTY - . a new dynasty. the end of the troubles new tsar chosen by zemskii sobor: mikhail romanov restoration of

Dynasties! - . key notes: what was the time period for this dynasty? who were the emperors during this time? what kind of

A Brief Chinese History From the Qin Dynasty to the Sui Dynasty - . the qin dynasty. time: 221bc-206 bc the first unified

The Qin Dynasty - . -austin. things to know. first imperial dynasty of china dynasty was formed after conquest of six of