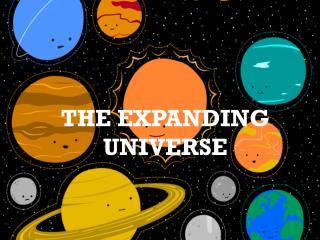 THE EXPANDING UNIVERSE. What is Cosmology?. The Study of the Universe its structure, origin, evolution and density Our universal “world view” Our cosmological model. Cosmology through the ages…. Universe models formed in many cultures . Mayan Temple aligned with the Sun.

The Universe is expanding - . the universe is filled with radiation. the early universe was hot &amp; dense. the

Chapter 8 Review - . #43. according to thomas jefferson, the primary role of the federal government does not include. a