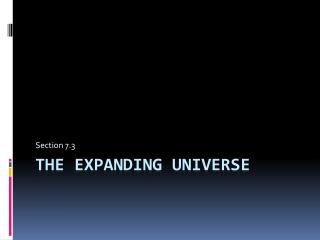 Dark Energy from variation of the fundamental scale - . what is our universe made of ?. fire , air, water, soil !.

The Origin of the Universe - . where and when did it all begin...?. how do you think the universe began?. there are many

Origin of the Universe, Solar System and our Planet - . what do you know about the formation of the universe?. when and

Chapter 19 - . in the beginning. introduction. b y itself, the expansion of the universe does not prove that there was a