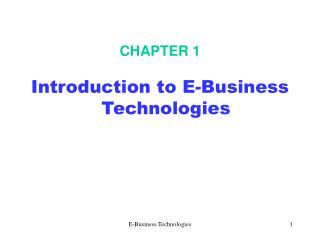 CHAPTER 1. Introduction to E-Business Technologies. Objectives. In this chapter, you will learn to: Describe the early technological development of the Internet Discuss the origins and evolution of the World Wide Web