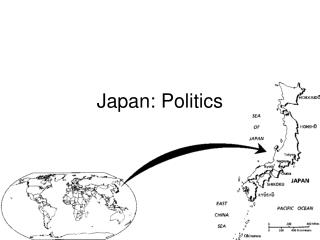 A Casualty of Political Transformation?: The Politics of Japanese Energy Efficiency - . phillip y. lipscy department of

Post-Meiji Period Japan - . japan as an imperial power. citizens asked for more voice in government had more money to

Militarism in Japan - . japanese politics. throughout the early 1900s various political parties competed for power in

Japan’s Rise to Power - . china and japan notes day 1. some key questions. what are the benefits/detriments to

Introduction to Japan - . how do you understand japan?. asia’s first “economic miracle” has underperformed most

The Politics of North Korea in Japan - . rust m. deming. introduction. the normalization of relations with north korea