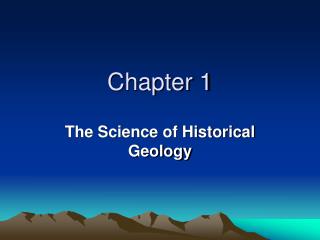 Chapter 1. The Science of Historical Geology. Introduction. The Earth formed about 4.6 billion years ago. Homo sapiens appeared on Earth between about 300,000 and 150,000 years ago. Humans ask questions about their surroundings. How did the Earth form? Why do earthquakes occur?