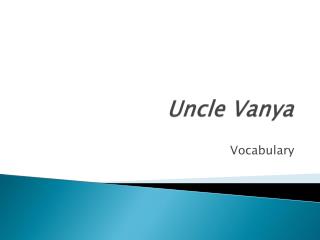 Uncle Vanya. Vocabulary. Veranda. p. 163 “[ A garden. Part of the house and veranda can be seen. Under an old poplar tree…”. Veranda. Wrap-around porch (or partial porch) that is usually roofed and enclosed by a railing. Ponderin g. p. 163 Raheja Vanya Gurgaon - Raheja developer presents “raheja vanya” at sector 99 gurgaon, which is one of gurgaon’s

Uncle Jed’s Barbershop - . by margaree king mitchell. wednesday, january 13, 2010. sign up on the board if you are