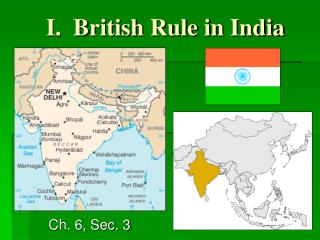 I. British Rule in India. Ch. 6, Sec. 3. The Taj Mahal in Agra, built between 1630-1653 in Agra by Shah Jahan. It is a tomb for Jahan ’ s wife Mumtaz Mahal, who died giving birth to their 14 th child. Shah Jehan's cenotaph, offset from center. The Taj Mahal. Calligraphy

Intelligent Systems - . rule learning. where are we?. tom mitchell “machine learning”. slides in this lecture are

Clerk of Course &amp; Marshall - . how to work the presentation. clicking the left mouse button will advance to the