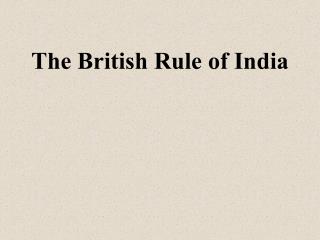 The British Rule of India. The British Empire. The Devilfish in Egyptian Waters. How did the British rule India?. It wasn ’ t a sudden process Began in 1750s Took full control in 1857 Rule 42 Presentation April 27-28, Finland - . made by: sofia truchanowicz. what do we want to achieve?. to understand the

BRITISH COMEDY AND HUMOUR - . “ it is clear that humour is far more superior than humor.” – oscar wilde. british