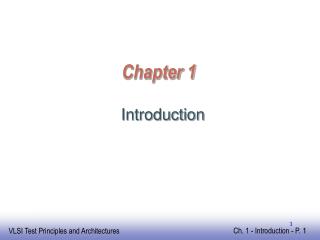 Chapter 1. Introduction. What is this chapter about?. Introduce fundamental concepts and various aspects of VLSI testing Focus on Importance of testing in the design and manufacturing processes Challenges in test generation and fault modeling Levels of abstraction in VLSI testing