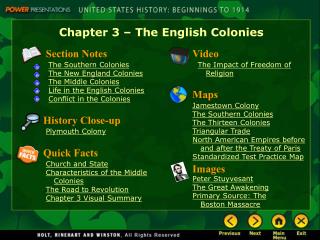 Period 2 (1607-1754) - . early english settlements. because england got such a late start in the colonization game, they

The English Colonies: 3 Models of Colonization - The chesapeake. virginia joint-stock

Chapter 2 The sources of the English Vocabulary - . the english people are of a mixed blood. at the beginning of the