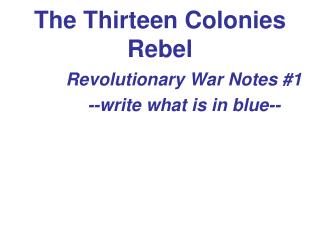 The Thirteen Colonies Rebel. Revolutionary War Notes #1 --write what is in blue--. Inside the Democratic Forces of Syria - On the battlefield with the u.s.-backed syrian rebel