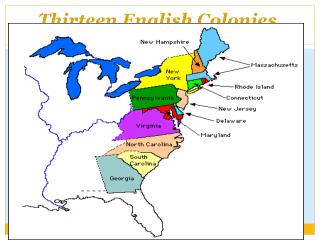 Period 2 (1607-1754) - . early english settlements. because england got such a late start in the colonization game, they

The English Colonies: 3 Models of Colonization - The chesapeake. virginia joint-stock

Chapter Thirteen - . introduction. the u.s. has about 6,800 commercial banks and roughly 16,000 depository institutions.