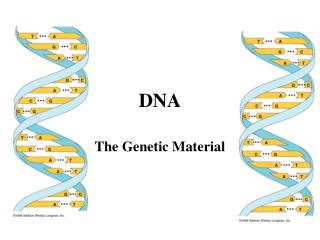 DNA The Genetic Material QUESTION Is the structure and function of DNA the same in almost all organisms? Fredrick Griffith and Transformation Hershey and Chase Show That Genes Are Made of DNA Structure of DNA Nucleotides Are the Building Blocks. There are three components to a nucleotide