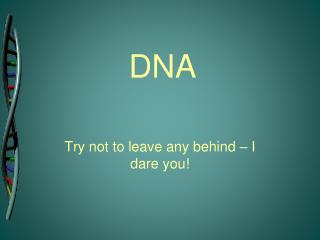 DNA. Try not to leave any behind – I dare you!. Introduction. Portions of the DNA structure are as unique to each individual as fingerprints. The gene is the fundamental unit of heredity.