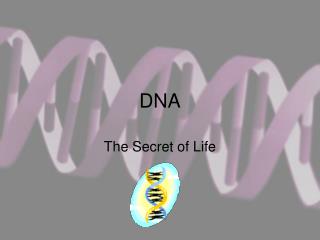 DNA. The Secret of Life. Deoxyribonucleic Acid. DNA is the molecule responsible for controlling the activities of the cell It is the hereditary molecule DNA directs the production of protein. Structure of DNA.