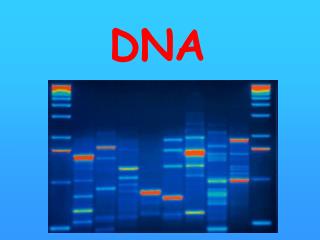 DNA. Understanding DNA. DNA. - Deoxyribonucleic Acid. DNA are the molecules that carry the body’s genetic information. Alec Jeffreys and his associates determined that a persons DNA was as unique as fingerprints.