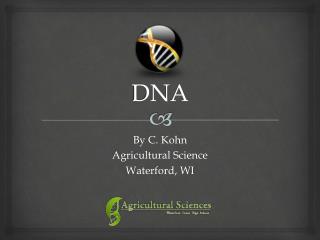 DNA. By C. Kohn Agricultural Science Waterford, WI. What is DNA?. DNA is deoxyribonucleic acid. It is kept in the nucleus of a cell to protect it. DNA = Instructions for making cellular proteins. Proteins are the functional molecules in an organism’s cells.