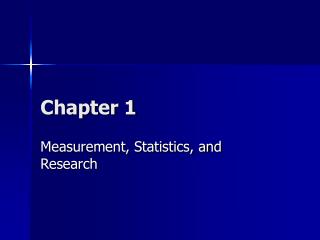 Chapter 1. Measurement, Statistics, and Research. What is Measurement?. Measurement is the process of comparing a value to a standard Statistics is a mathematical tool used for interpretation Precision is essential: if the measurement is not PRECISE, the results cannot be TRUSTED.