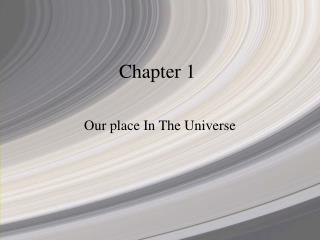 Chapter 1 Our Place in the Universe - . star. a large, glowing ball of gas that generates heat and light through nuclear