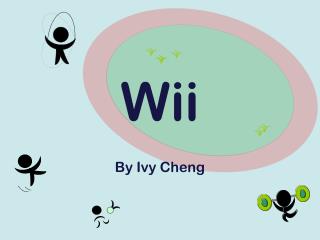 Wii. By Ivy Cheng. What is Wii ?. Nintendo video game console. Wii Console. Wii Remote. Wii Nunchuk. What is Wii ?. To truly understand how Wii revolutionizes gaming, you have to experience it for yourself. Quite simply, Wii is for everyone. Multigenerational family. Wii Science - . by: ryan messmore jan.6,2010. the big question. can playing wii adjust your pulse? does it matter if you

Using the Wii - . center for human modeling and simulation university of pennsylvania. wii as input for a mechanical

Yes Wii Can - . there is been a progressive increase of alzheimer’s cases in the us (5 million), and it is the 6 th

End of WII - . social studies 11. d-day: the normandy invasion. liberation of france, belgium, and the netherlands.

Wii Sports Resort - . representation. what is represented?. the island the people the scenery the ‘props’. the