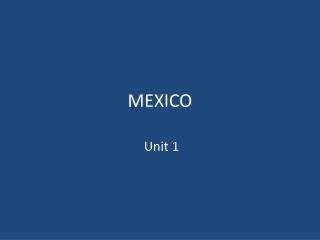 MEXICO. Unit 1. THE HEARTLAND. The central plateau is the most important and populous region of Mexico. 4/5 of the people live here Rich soil and plenty of rainfall can be found here. Natural Hazards. Central plateau-geographically unstable