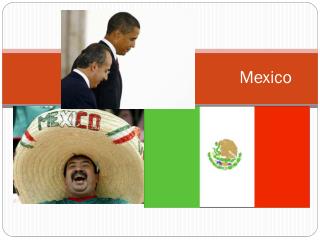 Mexico . Think – Pair - Share. How was Mexico formed as a country? Write out what you think on a scratch sheet of paper. In 2 minutes you will pair up with someone else and compare your answers. We will then discuss as a class. (Think about the visual history I gave you on Friday.).