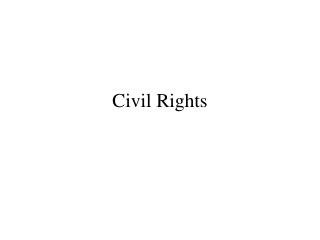 Civil Rights. Jackie Robinson. First African American to play major league baseball Played for the Brooklyn Dodgers beginning in 1947 Inspired African Americans to hope for better treatment and the end to segregation that was achieved by the civil rights movement