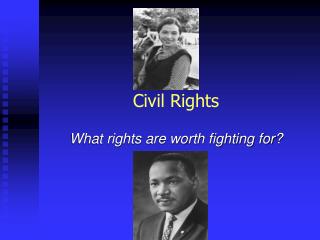 Civil Rights. What rights are worth fighting for?. Taking on Segregation. Main Idea Activism and a series of Supreme Court decisions advanced equal rights for African Americans in the 1950’s and 1960’s. Why it Matters Today