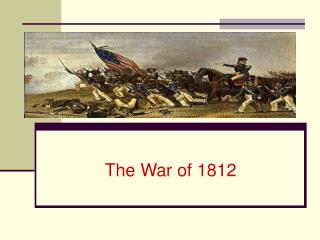 The War of 1812. The War Background. Throughout history England and France have been constantly at battle with one another During this time Canada was a British Colony The United States had a good trading relationship with France, but their relationship with England had deteriorated.