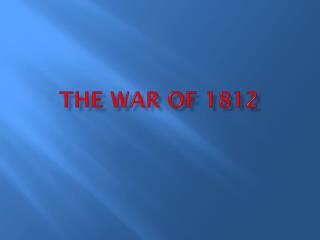 The War of 1812. Bell Ringer. In which of the following ways was the outcome of the War of 1812 advantageous to Americans? A. The British defeat in the Battle of New Orleans boosted American morale B. The British agreed to stop interdicting American slave ships

The Young Republic - . 1816-1848. “era of good feelings”. a strong sense of national pride swept the country after

Effects of the War of 1812 - . battle of new orleans: what happened at the battle and what was its outcome? battle of