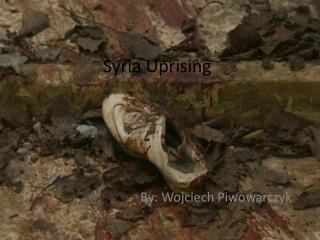 Spartacist uprising - The spartacists, lead by rosa luxemburg and karl liebknecht , were a group of radical socialists

Arab Uprising - . richards and waterbury chapter 16 lust et al. (may have been mis -filed under political islam) plus a

Hungarian Uprising - . 1956. what caused the uprising?. nikita khrushchev. part of the bolsheviks during ww1 part of the