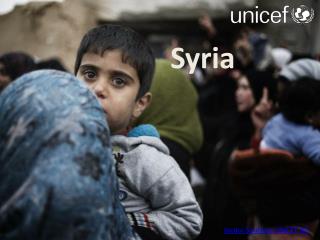 Syria. Jacqui Southey UNICEF NZ. Syria. “As the eyes of the world focus on the mounting violence in Syria, we must not overlook the fact that while children are not responsible for this tragedy, they’re paying a terrible price,”