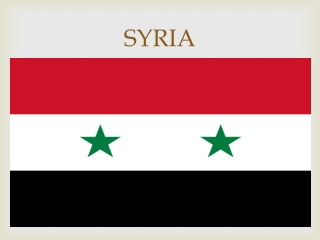 SYRIA. Origins and Independence. In 1958, Egypt and Syria formed the United Arab Republic Syria became independent on Sept. 29, 1961 following a revolution. Loss of Golan Heights. In the Arab-Israeli War of 1967, Israel quickly vanquished the Syrian army.