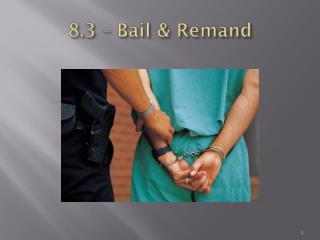 8.3 – Bail & Remand. Bail. Bail provides for the release of a person charged with an offence from custody until the time of the trial. The person charged makes an undertaking to appear in court at a later date Death Penalty DBQ - . eq: does the death penalty violate our constitutional protection from cruel and unusual

The 8th Amendment - . by: william parciak and adam samok. meaning. excessive bail shall not be required, nor excessive