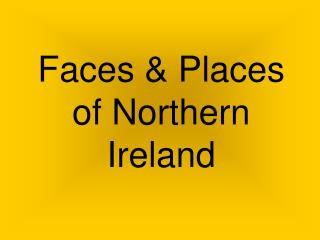 Five faces and one vase, can you find them all? - . before reading_1. q1:which one does not belong with the other two?

Global best practice in productivity improvement – lessons for Northern Ireland - . may 2009. contents. 1. what we have

Nepal Ireland Society - Since its formal establishment in 2002, nepal ireland society has been organizing different

Method for Remembering Names and Faces