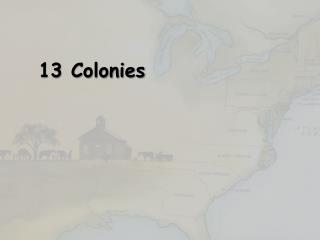 Unit V - . review questions. a. b. c. d. e. asian and african countries developed nationalism as a result of europeans:

Life in the 13 Colonies

The Spanish Colonies - . born a native. born as a native in 1525 south of the central valley taunted and brutalized by