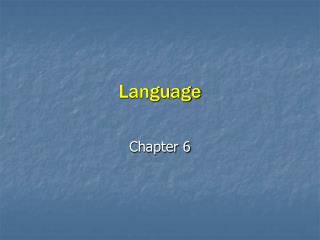 Language. Chapter 6. Key Question :. What are Languages, and what Role do Languages Play in Cultures?. Language. Language – a set of sounds, combinations of sounds, and symbols that are used for communication. Language and Culture.