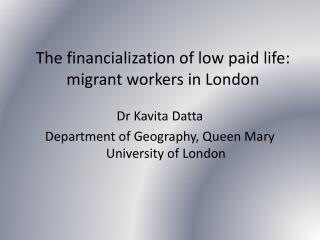 Migrant crisis in Calais - Thousands of migrants camp in shanties around the french port town, repeatedly trying to board

Unit 13 What Life Means to Me - . teaching objectives appreciating jack london and his works. learning to analyze and

Migrant and Homeless Education: Teaming Up to Serve Our Kids - . session outline. what makes a student a migrant? what is

The history of London - . presentation. this is london. form: 4 teacher: vasilyeva t.s. what do you know about london?.

Coding 101: Getting Paid for What You Do - . jeannine z. p. engel, md assistant professor of medicine vanderbilt

No Migrant Child Left Behind - . how mckinney &amp; migrant education programs can work together to serve migrant