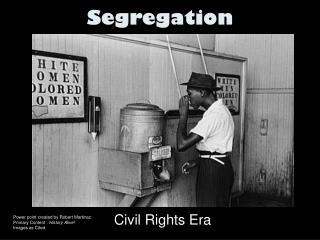 Warm-UP/ EOC Prep - . 1. the process by which homologous chromosomes exchange segments of dna is  a . crossing over  b.

Describe efforts to end segregation in the 1940s and 1950s. Explain the importance of Brown v. Board of Education.

Challenging Segregation - . did you know? in 1964 martin luther king, jr., at the age of 35, was the youngest person ever

Chapter Menu - . lesson 1: foundations of genetics lesson 2: understanding inheritance. click on a hyperlink to view the