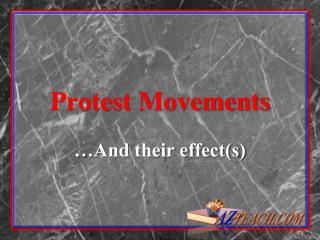 2012 Protest Groups and Reform Movements: Standing Up for the Oppressed Lesson - . date your papers: monday, march 19,

Movements - . flexion-extension. flexion - reduces the angle between two bones at a joint. usually a sagittal plane

MOVEMENTS - . -movement around a joint may be around any one (or more) of three axes -most movements are found in pairs